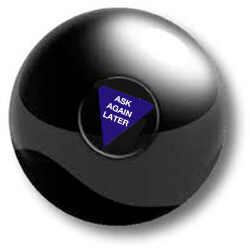 2/9/11: In the markets, as in life, there are no guarantees but everyone is entitled to their opinion. Here’s my opinion on the financial markets today.

U.S. stocks opened lower this morning as the Dow attempts to make it eight straight “up” days.  Earnings will remain “front and center” today, following well-received numbers from several members of the S&P 500 Index.  Bernake’s congressional budget testimony will also garner market attention with nothing noteworthy on the economic calendar besides this afternoon’s 10-year Treasury note auction.  European markets edged slightly lower from 29-month highs, while Chinese shares fell a day after its third interest rate hike since October.  Middle East unrest and tightening domestic supplies are lifting crude prices this morning, while gold is steady and agricultural commodities are solidly higher.

Looking back at yesterday, stocks continued their steady march higher on Tuesday, shrugging off China’s interest rate hike and some mixed earnings news.  The Dow has been up seven straight days, while the S&P 500 is within 1% of “doubling off” of the March 2009 lows.  Some good consumer-related news helped sentiment yesterday, including strong weekly chain store sales and McDonald’s monthly comps, propelling Consumer Discretionary to the top of the sector rankings.  By contrast, Energy fell on lower crude prices as tensions in the Middle East eased while Utilities lagged on rising bond yields.  Meanwhile, key metals prices were solidly higher, most notably silver which rallied over 3%.

Good earnings news continues. The S&P 500 remains on track for a more than 8% increase in revenues and 37% increase in earnings per share (EPS) year-over-year with two-thirds of companies’ results in.  After the close, key technology spending barometer Cisco Systems will report and hopefully provide a better tone than last quarter when weakness in government and European spending caused the networking equipment maker to lower guidance.

Is there an interest rate hike out there this year? Fed funds futures markets are beginning to price in tighter monetary policy and point to about a 50% probability of the first rate hike at the November Federal Open Market Committee (FOMC) meeting.  Today’s testimony from Chairman Bernake will likely point to recent economic strength, but his public comments have been dovish, suggesting that he favors easier monetary policy.