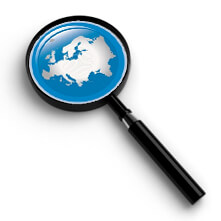 1/10/11: In the markets, as in life, there are no guarantees but everyone is entitled to their opinion. Here’s my opinion on the financial markets today.

The markets opened lower this morning on Eurozone debt concerns.  Peripheral European countries are preparing for debt offerings this week, prompting investors around the world to take some equity risk “off the table.”  Continuing the international theme, concerns of tighter monetary policy weighed on both Chinese and Indian markets.

This past Friday, stocks lost ground on the disappointing December jobs generation numbers, but still ended higher for the week.  In addition to jobs, a Massachusetts court decision upholding a foreclosure lawsuit continued to pressure banks.  The fact that the mortgage issue is still “front and center” caused the Financials sector to be the largest loser for the week, with banks down over 1%.  By contrast, Energy was the largest sector gainer despite lower crude prices and a higher dollar.

Here are four primary items that we are focused on this morning that we thought would be of interest to our readers:

Earnings reporting season begins today. The “lead off hitter” will be Alcoa, which will report just after the closing bell.  The performance of the stock market during the four earnings seasons in 2010 was flat-to-down.

This is a busy economic reporting week. The market will be particularly focused on the release of the Fed’s Beige Book, which gives a qualitative assessment of the economy in all 12 Federal Reserve districts.  Further, data on the export sector, producer price inflation, mortgages and retail sales will all be released. Finally, several central banks around the world, including the U.K., will meet to set interest rates.

The Fed’s timing on shifting to tighter monetary policy is becoming a little more clear. Over the weekend, the Fed’s Vice President Yellen, advocated
completing the planned asset purchases through the end of QE2 and then maintaining a stable balance sheet over the next two years.

Treasuries rallied sharply on Friday’s disappointing non-farm payrolls report. 5 and 10-year yields declined by 13 and 9 basis points, respectively.  Yields are slightly lower again this morning on concerns that Portugal may follow in the footsteps of Greece and Ireland in requesting a bailout.