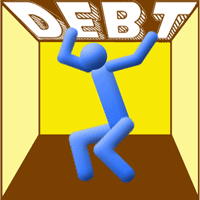 5/16/11: In the markets, as in life, there are no guarantees but everyone is entitled to their opinion. Here’s my opinion on the financial markets today.

Stocks will attempt to reverse course this week after falling the two prior weeks – and four out of the past six.  Nonetheless, the S&P 500 is down just 2% from its April 29th peak.  Domestic markets are starting the week off on the wrong foot as European concerns flare up again.  Meanwhile, the U.S. debt ceiling and bearish signals coming from the bond market and recent equity sector performance are adding to the bears’ arsenal and contributing to this morning’s weakness.  Overseas markets were broadly lower overnight.  European markets are focused on Greece’s request for more rescue funds and the arrest of the IMF chief which may delay progress on debt crisis solutions.  Commodities are mixed this morning, as most key agriculture prices and natural gas are higher, gold is holding firm, and oil and silver are lower.

Looking back at Friday, early gains faded as stocks ended lower despite some positive economic data out of Germany, France and Hong Kong.  As was the case all week, stocks moved in the opposite direction of the dollar, with an intra-day rally in the greenback coinciding with the selloff in the stock market.  The U.S. economic data, including the CPI and the University of Michigan consumer sentiment and inflation expectations, had little impact on trading.  All ten S&P sectors were lower, led down by Financials, while Consumer Staples and Health Care held up best.  The broad Commodities indexes were near unchanged, as lower crop prices offset higher energy prices.  The S&P 500 lost just 0.2% in falling for the second straight week.