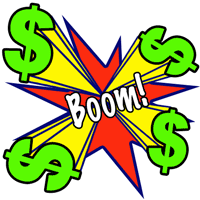 5/11/11: In the markets, as in life, there are no guarantees but everyone is entitled to their opinion. Here’s my opinion on the financial markets today.

The S&P 500’s attempt for four up days in a row is not off to a promising start.  Stocks opened slightly lower this morning on concerns that more rate hikes are yet to come from China following its inflation data.  Meanwhile, a bellwether entertainment company’s shares are selling off following its results last night, weighing on the broad averages.  Meanwhile, a major retailer and a sizable technology firm are being applauded by traders for continuing their recent trend of dividend increases.  Foreign markets are mostly higher, led by France, Germany and Japan, while rate hike fears weighed on China, Hong Kong and the U.K. markets.  Metals are broadly lower this morning on China fears, while crop prices are mostly higher following this morning’s monthly agriculture report from the USDA.  Oil is down $2 to near $102.

Looking back at Tuesday, U.S. stocks rose for the third straight day of gains as merger news and some upbeat earnings reports helped buoy sentiment.  The Chinese trade data was also well received, reflecting a strong U.S. export market.  Utilities topped the sector rankings despite the back up in Treasury yields.  Led by Media, Consumer Discretionary posted solid gains despite higher oil prices.  Energy finished in the middle of the pack despite solid gains for refiners as flooding in the southeastern U.S. boosted gasoline prices.  Commodities continued to recover from last week’s drubbing, as the CRB rose about 1%.  Oil, natural gas, agriculture and precious metals all registered solid gains.