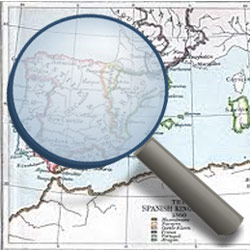 3/24/11: In the markets, as in life, there are no guarantees but everyone is entitled to their opinion. Here’s my opinion on the financial markets today.

This morning’s tone is similar to yesterday in that there is not much good news, yet stocks are moving higher anyway.  A weak durable goods report, jobless claims in line with expectations, higher oil prices and the ouster of Portugal’s prime minister have pared but not erased overnight gains.  Some well-received earnings reports from the Technology sector and gains overseas are helping, but that’s about it for positive headlines.  That risky assets continue to get a bid suggests market participants by and large see the global economic recovery as on track despite the disaster in Japan and turmoil in the Middle East and North Africa.  European stocks were slightly higher in mid-day trading overseas, while Asian markets were mixed.  On the commodities front, oil and gold are flat, agriculture commodities are mixed, and silver is at another new high.

Looking back at Wednesday, the absence of good news in the traditional sense didn’t prevent stocks from moving higher.  The list of concerns is a long one: more airstrikes in Libya, protests in Yemen, an eye-popping $300 billion forecast for Japan’s rebuilding tab, another weak housing report, and Portugal’s struggles – all that was not enough to prevent stocks from moving higher.  Materials led as silver reached a new 31-year high and copper rallied on the reports of Chinese buying as well as the Japan rebuild theme.  On the flip side, Financials lagged on the news that a major bank’s dividend proposal was rejected by the Federal Reserve.

Treasuries are selling off this morning despite headlines of Portugal’s prime minister’s resignation, downgrades of Spanish banks, and a weak durable goods report. Yields are higher by 2 to 4 basis points this morning after finishing flat yesterday.  Treasuries rallied yesterday morning following weak housing data, but sold off sharply following the Fed’s Treasury purchase operation.  The Fed purchased just 25% of the securities offered, the lowest amount since the start of QE2.  The low purchase ratio indicates dealers were more willing to part with Treasury holdings, given low absolute yield levels, and more willing to hold riskier assets.

Moody’s today downgraded the ratings of 30 small Spanish banks. Why did this happen?  Simply put, these 30 were not considered systemic and will probably not receive government bailout funds.  The rating agency maintained its ratings on the nation’s two largest banks, given the country’s financial system’s dependence on their survival.  We continue to watch the Iberian Peninsula situation carefully.  As opposed to Portugal which is considerably smaller, Spain’s GDP is quite significant in world rankings.

Durable goods, orders, and shipments for February suggest solid GDP and business spending in Q1 2011 and beyond. While the drop in headline reading on durable goods orders in February is a disappointment, the trend in orders is still higher, and the readings on orders from the national and regional ISM suggest that the manufacturing sector is booming.  The solid gain in shipments of nondefense capital goods excluding aircraft (a good proxy for the business capital spending component of GDP) suggests that business capital spending will be a plus for GDP growth in Q1 2011.  The gain in durable goods inventories in February also suggests that inventory accumulation will be a plus for GDP in Q1.

Initial jobless claims drop again. In the FOMC statement released last week, Federal Reserve policymakers noted “overall conditions in the labor market appear to be improving gradually.”  Recent weeks’ readings on filings for unemployment insurance support that view.  382,000 people filed for employment benefits in the week ending March 19th, a drop of 5,000 from the prior week.  The four-week average on claims stands at 385,000, the lowest reading since early July 2008, which was prior to the worst of the 2007-2009 financial crisis.  This week’s initial claims data appears to be relatively free of distortion from holidays and/or weather.  Claims in the 325,000 to 350,000 range are consistent with job growth in the 200,000+ per month range, so claims still have a bit further to fall to convince markets that the labor market is fully healed.