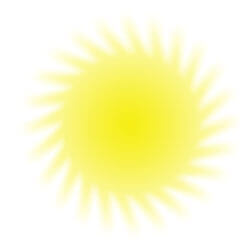 7/22/11: In the markets, as in life, there are no guarantees but everyone is entitled to their opinion. Here’s my opinion on the financial markets today.

Early market gains were erased this morning after a major U.S. equipment manufacturer missed Wall Street targets, sending the stock down over 5% ahead of the open.  However, some well received results from several other well-known blue chips are providing some support.  Meanwhile, the latest Greece rescue package is buoying sentiment overseas, as European markets are poised for their fourth straight positive session.  The Nikkei and Hang Seng closed solidly higher in response to the Europe news and U.S. gains.  Gold, silver and copper are all higher, while crude is down marginally near $99 and agriculture commodities are mixed.

Looking back at Thursday, progress occurred on both sides of the pond.  The challenges are certainly different, as was the amount of progress, but the market applauded the latest developments out of Washington and the euro zone yesterday, sending stocks sharply higher.  In Washington, progress is more vague but is reportedly occurring, while clearly the euro zone took a step forward with its latest rescue package.  A better-than-expected Philly Fed report also helped the tone, while the latest batch of earnings and slight increase in jobless claims had little influence.  The “beaten down” Financials topped the sector rankings with a 2.5% jump, helped by strong results from a key industry player, while some mixed results weighed on Technology, which managed only a 0.5% advance.