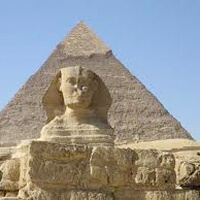 1/31/11: In the markets, as in life, there are no guarantees but everyone is entitled to their opinion. Here’s my opinion on the financial markets today.

U.S. stock indices opened higher this morning despite investor caution about the possibility of Egyptian political upheaval spreading to other Arab nations, which could drive up oil prices and potentially dampen growth prospects.  Further, energy stocks could be in focus with oil companies such as Exxon Mobile and Anadarko Petroleum expected to report quarterly earnings.  European shares fell, with airlines and travel operators among the losers as the unrest in Egypt disrupted schedules.  The euro rose against the dollar as above-forecast Eurozone inflation kept alive the view that interest rates in the region may rise sooner than previously thought.  In Asia, most markets finished in the red with the Nikkei down more than 1%, while China bucked the trend to close up 1.4% at a two-week closing high.

Looking back to Friday, the market sell-off was the obvious focus.  The major averages declined as market participants followed events transpiring in Egypt.  Consumer Discretionary led the market lower with a 3.2% drop.  Technology also suffered from investors moving away from risk in favor of defensive names, such as Consumer Staples which only fell 1.1%.  Commodities rallied across the board led by a sharp rebound in energy prices on supply concerns in the Middle East.  Despite the sharp sell-off on Friday, the major equity indexes only lost a small amount of ground last week.

Around our financial planning firm this morning, we were discussing four major items that we thought would be of particular interest to our readers:

Political developments in the Middle East and North Africa are getting major market attention. Obviously, this will get “top of the mind” focus from the markets and serves as a reminder that geopolitics are never too far removed from the headlines.

The key economic report for the week concerns employment. The employment report for January is due out this Friday, February 4th.  In China, a key report on manufacturing activity in January is set to be released late Monday night.

The opinions voiced in this material are for general information and are not intended to be specific advice. Any indices such as the S & P 500 can’t be invested into directly.