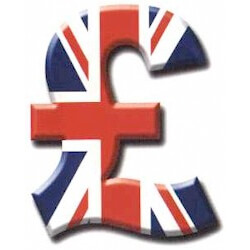 1/25/11: In the markets, as in life, there are no guarantees but everyone is entitled to their opinion. Here’s my opinion on the financial markets today.

An unexpected shrinking of the U.K. economy during the fourth quarter along with peripheral European banking worries weighed on European markets overnight and is spilling over into the U.S. market open.  Although Europe is the market’s primary focus this morning, the attention will shift to two major events today: (1) President Obama’s State of the Union speech, and (2) the beginning of the FOMC’s two-day policy meeting.  On the corporate earnings front, data has been good relative to expectations thus far, although the latest batch of outlooks is tilting towards the downside.  Results from coal producer Peabody and insurer Travelers are being well received by the market, while reports from Verizon, American Express and Johnson & Johnson are being met with selling pressure.  Commodities are broadly lower on dollar strength and European concerns.

Looking back at Monday, the major averages rose as the market digested more earnings news and looked ahead to a busy policy week.  Technology led the market rally with a 1.6% advance, aided by Intel’s share buyback announcement.  Industrials and Materials also produced solid gains, which helped offset regional bank-driven weakness in Financials and a flat day in Health Care.  Results from the “big names” reporting earnings, including McDonald’s and Halliburton, failed to lift those stocks by more than the broad market, but did not discourage the bulls from pushing stocks higher.

Around our financial planning office this morning here in Birmingham, AL, we were discussing four items that we thought would be of particular interest to our readers and investors.

What is the future for Fannie Mae and Freddie Mac? The Obama Administration set a January 31, 2011 deadline to announce a plan for the future of Fannie Mae and Freddie Mac.  So far the Fannie/Freddie issue has been “punted down the road” with no solutions offered other than the administration leaning towards some form of government support.  If not mentioned in the State of the Union tonight, a forthcoming plan may be crude and push resolution further into the future.  In the meantime, the mortgage-backed securities (MBS) market shows no ill effects and has outperformed Treasuries since the end of November with MBS yield spreads back to their narrowest level since July.

Bonds issued by the European Financial Stability Fund (EFSF) attracted strong demand. The EFSF, which will be used to provide funds to financially strapped countries and perhaps buy bonds in the open market, sold new 5-year bonds to strong demand.  The robust demand bolsters confidence in the eurozone and that funding can be obtained at a reasonable cost.

Inflation expectations declined last week. A weak 10-year TIPS auction caused market-implied inflation rates to decline across the board.  Inflation expectations, as implied by 10-year TIPS, increased from 1.6% in August when double-dip recession fears were common to a current 2.2%, which is below the 2.4% peak witnessed during 2010 and still below the 2.25% to 2.50% average that prevailed prior to the financial crisis.

Treasuries got an early morning lift from Europe. Weaker-than-expected GDP data from Britain (-0.5% vs. +0.4%) has given Treasuries a small lift along with corresponding weakness in peripheral European bond markets.  Still, Treasuries remain “range bound” for a fifth week.  The 3.25% to 3.55% yield range remains intact as investors await the next catalyst.  The FOMC meeting this week should be a “non-event,” but investors will be watching dissenting voices closely.  The Treasury will auction new 2-, 5- and 7-year notes, but the relatively short maturities should not pose a problem for the markets.

The opinions voiced in this material are for general information and are not intended to be specific advice. Any indices such as the S & P 500 can’t be invested into directly.