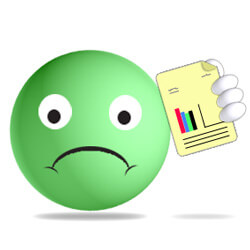 1/07/11: In the markets, as in life, there are no guarantees but everyone is entitled to their opinion. Here’s my opinion on the financial markets today.

The economy created 103,000 jobs in December according to Bloomberg.com, far fewer that the consensus expectation of 150,000, and a major disappointment relative to raised expectations in the wake of the strong ADP report that we highlighted for our readers earlier in the week.  Stocks still managed to open marginally higher this morning despite the disappointing jobs news.  The markets will also be following Fed Chairman Bernake’s appearance before the Senate Budget Committee this morning.  The major averages finished mixed Thursday as strength in the Technology sector powered the NASDAQ higher while the Dow and S&P 500 ended slightly lower.  European stocks are lower this morning ahead of next week’s bond issues.  Asian markets were mostly lower, although the Nikkei managed a slight gain.

There were three items that we were discussing in the office this morning that we thought would be of particular interest to our readers:

A busy week is in store for economic events here and abroad next week. The release of the Fed’s Beige Book, a qualitative assessment of the economy in each of the 12 regional Federal Reserve districts, comes out next week, as does the December retail sales report.  Also due out are data on the export sector, consumer and producer price inflation and mortgage applications.  Overseas, China will release its full slate of December data next week.  Central banks in Europe, the U.K., Thailand and South Korea all meet to set interest rates.  Of those central banks, only Thailand is expected to raise rates.

The job picture remains supportive of a continuation of QE2. Fed Chairman Bernake has stated that it may actually take four to five years for the labor market to normalize.  He also stated that even as economic growth picks up, the unemployment rate will remain high.  On balance, today’s job report reinforces the Fed’s case to continue to pursue QE2.

*Comments are turned off