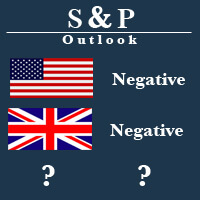 4/19/11: In the markets, as in life, there are no guarantees but everyone is entitled to their opinion. Here’s my opinion on the financial markets today.

U.S. stocks opened higher this morning on a light day for economic and market news.  The higher open comes despite an earnings miss from a major technology company which cited the adverse impact of Japan on its bottom line.  On the other hand, a major health care products company posted better-than-expected earnings and offered positive guidance while a handful of banks also posted strong results.  Most Asian markets were lower overnight, though Europe was trading broadly higher in mid-day action after rebounding from earlier lows.  Crude oil is back under $107 this morning while gold is trading essentially flat near $1,490.

Looking back at Monday, the session was set up to be quiet with modest losses on some lingering Europe concerns and another not totally unexpected increase in China’s bank reserves.  But S&P had other ideas, catching the market off guard by offering a negative outlook for the U.S. government’s AAA credit rating.  The news turned slight losses to big losses as the S&P slid fourteen points after falling twenty points at the lows.  Earnings reports were generally well received, but were drowned out by the S&P headline.  No S&P sector rose, but Technology and Consumer Staples held up relatively well.

Around our financial planning firm this morning, we were discussing three issues that we thought would be of particular interest to our readers: