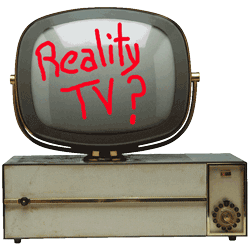 3/25/11: In the markets, as in life, there are no guarantees but everyone is entitled to their opinion. Here’s my opinion on the financial markets today.

Stocks edged higher this morning following strong earnings from two key technology companies.  An upward revision to last quarter’s GDP figures and a slight dip in oil prices are also helping the tone at the open, along with technicians applauding the S&P 500’s break above its 50-day moving average.  European stocks are higher in mid-day trading overseas despite Portugal’s struggles as concerns that Spain might be next have remained contained.  Asian markets were broadly higher, including a more than 1% gain for the Nikkei and the Hang Seng.  Crude is down about 50 cents to $105, but otherwise commodities are broadly higher.  Agriculture commodities are getting a lift from more domestic, weather-driven supply concerns.

Looking back at Thursday (in certainly a welcomed change), stocks followed company news rather than global events in posting modest gains.  Strong earnings results from several Technology companies helped offset ongoing concerns in Japan, Libya and the Euro zone.  Lower energy prices also buoyed sentiment, helping push Consumer Discretionary more than 1% higher.  The good earnings news lifted Technology to the top of the sector rankings, led by Software, while the oil price sensitive Consumer Discretionary sector was also strong.  Over the past six sessions, burgeoning optimism that stability in Japan will enable the bull market to resume its march higher have helped the S&P 500 regain about two-thirds of its losses from the recent pullbacks.

Is the new “Bernake T.V.” for you? Most likely it will lack the over the top shock value of a Kardashian reality show, but on April 27th, Fed Chairman Bernake will begin regular press conferences coinciding with the quarterly FOMC’s economic forecasts in an effort to continue toward more transparency.  For many investors, this form of “reality T.V.” will be more valuable than the regular release of the FOMC minutes published three weeks later.  It suggests that any major shift in Fed policy is much more likely to come at one of the four “press conference” FOMC meetings, rather than at one of the four “non-press conference” meetings.  This may allow investors to take advantage of this information and cause the weekly parade of Fed speakers to be less impactful on financial markets.

And speaking of the Fed, what explains the recent increase in the Fed’s monetary base? Is the velocity of money accelerating and potentially a leading indicator of inflation?  The Fed’s QE2 (purchase of Treasuries in the open market to reflate the economy) is largely responsible for the increases in the Fed’s balance sheet, the monetary base and excess reserves in the banking system.  While there has been some pickup in bank lending as a result of all the liquidity, very little has made its way out of the banks and into the economy.  The Fed has the tools to remove the excess liquidity from the system when it feels the time is right to do so.

Where this week’s economic data had a weaker tinge to it, next week’s data will be more substantial. The market may not be able to ignore next week’s data, which includes key reports on manufacturing (ISM and Chicago Area Purchasing Managers), consumer spending (personal income and spending for February, vehicle sales for March), and employment (Challenger layoff announcement, ADP employment and the government’s employment report for March).  China’s ISM report for March is also due out next week.  On the policy front, Congress returns from recess just in time to address the looming government shutdown (April 8th).  Taiwan’s central bank is expected to raise rates next week, and there are several notable Fed speakers on the docket.

Japan’s devastating combination of earthquake, tsunami and nuclear accident was a “wakeup call” reminding companies across the world just how much they rely on the island nation. On the demand side, the country accounts for nearly 9% of the world’s economic output and has been an important entry point into Asia for all manner of companies from banks to retailers.  The destruction disrupted sales, dislocated employees and will likely produce lingering caution among consumers.  However, it has been the supply side that has been the biggest source of surprises.  Economists who thought that they had a handle on the likely impact found, on closer inspection, that Japan was an important source of all manner of advanced components used heavily in Asia and elsewhere to assemble final goods.  As one example, Japan makes 60% of the world’s silicon wafers – the building block of computer chips.  The shutdown of two factories by the earthquake took out 25% of the world’s silicon wafer supply.