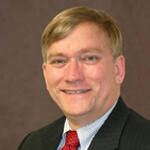 09/19/11: In the markets, as in life, there are no guarantees but everyone is entitled to their opinion. Here’s my opinion on the financial markets today.

U.S. stocks opened nearly 2% lower this morning as doubts re-emerge that Greece will be able to take the necessary actions to secure its next round of aid.  This morning’s sell-off reverses some of last week’s gains following encouraging signs out of the euro zone and the ECB.  Hopes that European policy makers would signal meaningful steps in EU finance minister meetings over the weekend were largely unsatisfied.  Banks led European markets lower by between two and three percent, while Japan suffered similar declines last night.  Safe havens including gold, Treasuries and the US dollar are all higher, while most economically sensitive commodities are down 1% or more.  U.S. crude is getting hit harder, losing about $2 to below $86 a barrel.

Looking back at Friday, optimism surrounding the EU meeting in Poland over the weekend and an improved U.S. consumer sentiment reading helped stocks build on recent gains.  The broad average, which gained more than 5% for the week, is now 9% above August lows as markets have become increasingly comfortable with the risk of an imminent, messy Greek default.  Utilities, Consumer Discretionary and Technology led Friday in a session balanced between cyclical and defensives.  Lower oil prices weighed on Energy, the only sector in the red, while gold and silver attracted safe-haven bids as each gained 2% or more.

1. The key for markets this week will be policy, both fiscal and monetary, at home and abroad. Although there is a scattering of economic data due out this week – housing starts, leading indicators, initial claims for unemployment (to name a few) – most of it will take a back seat to policy events.  At its Federal Open Market Committee (FOMC) meeting this week, the Fed is widely expected to embark on “Operation Twist” in an attempt to keep longer-dated Treasury yields lower for longer.  Although it remains in the Fed’s toolbox, another round of Treasury purchases (QE3) is not likely to be announced.  However, we don’t expect the Fed to rule out the future use of more Treasury purchases either.

2. Last week’s economic data, on balance, painted a picture of an economy that was stagnant, but not rapidly deteriorating to the downside as it did in 2008. Still, the U.S. economy remains fragile and vulnerable to an exogenous shock (i.e. an oil price spike, a massive natural disaster, large scale terror attack, 2008-style credit crunch, etc.) and to policy mistakes, both at home and abroad.  Our forecast remains that the economy will continue to sputter along, with growth in the third quarter better than the second quarter, due to a rebound in auto production and auto sales.

3. Treasury yields are sharply lower this morning, as the 10-year yield is down 10 basis points to 1.97%.  Uncertainty over sufficient progress on budget deficit cuts necessary for Greece to receive the next installment of its bailout loan is contributing to the flight-to-quality rally.  The EU and IMF will hold a call at 7 PM Athens time today to announce whether the aid payment (necessary for Greece to avoid default) will be made as scheduled next month.  Long-term Treasuries are also benefitting from potential Fed purchases through Operation Twist, expected to be announced at this week’s FOMC meeting.

4. Obama’s deficit cut proposal. President Obama is expected to propose today around $3.6 trillion of deficit reduction measures over the next decade, including entitlement cuts and tax hikes on corporations and individuals.  Medicare and Medicaid would both have their budgets reduced, while Social Security would remain untouched, at least for now.  The proposal is unlikely to pass Congress in its current format because of Republican opposition to tax increases.

I’d like to hear your questions or comments.  Feel free to email me here.