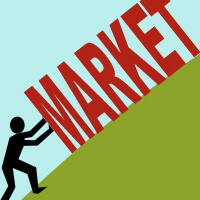 4/21/11: In the markets, as in life, there are no guarantees but everyone is entitled to their opinion. Here’s my opinion on the financial markets today.

U.S. stocks opened higher this morning, setting the S&P 500 up for its first weekly gain out of the past three.  Earnings are again driving the buying, led by very strong results from a number of well-known companies.  The economic data will also get some attention today, as weekly jobless claims fell slightly less than expected, which caused futures to pare some of the early gains.  Earnings optimism also lifted European and Asian markets, while commodities continued their ascent.  Gold and silver hit new highs again, with gold over $1500 and silver near $46.  Oil gave up early gains and remains near $111 while natural gas and copper are higher this morning.

Looking back at Wednesday, U.S. stocks staged a strong rally as a number of companies across several sectors reported better-than-expected results.  Most of the good news was concentrated in the Technology sector.  Solid existing home sales and some encouraging European debt offerings also contributed to the positive sentiment.  Commodities were broadly higher on a weak dollar and growth optimism, while oil got an additional lift to over $111 from a bullish weekly inventory report.  Technology (+2.4%) topped the sector rankings on the good earnings news, while higher crude and natural gas prices lifted the Energy sector to a more than 2% gain as well.  No sector fell, but disappointing earnings from a major financial services company weighed on the Financials sector, which could only muster a 0.3% gain.