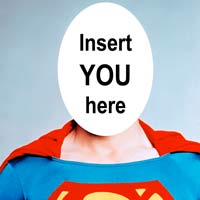 3/28/11: In the markets, as in life, there are no guarantees but everyone is entitled to their opinion. Here’s my opinion on the financial markets today.

U.S. stocks are higher this morning after February consumer spending data beat expectations.  A dip in oil prices overnight is also good news for the consumer and is helping the overall market this morning.  The economic calendar today includes pending home sales, which will likely provide further evidence of a lackluster housing market.  European stocks were mixed, helped by a broker upgrade in the Technology sector but weighed down by Asian losses and political uncertainty in Germany after Merkel lost a key state election.  Uncertainty over Japan following another quake tremor and reports of spreading radiation pressured Asian markets, while unrest over the weekend was not enough to expand oil’s geopolitical risk premium.  Concerns about tighter monetary policy weighed on precious metals.

Looking back at Friday, U.S. equities finished higher for the sixth out of the past seven sessions Friday and have now recovered all of the losses since the devastating earthquake and tsunami struck Japan on March 11th.  Markets continued to successfully digest ongoing geopolitical and macro issues, including Portugal’s debt downgrade, unrest in the Middle East and North Africa, and the threat of radiation leaks in Japan with another positive session.  Technology got the major averages started on the right foot after strong results from two well-known sector players, but it was Energy that ended up leading the market again with a nearly 1% advance in part due to higher natural gas prices.  The S&P 500 rose 2.7% for the week, led by the resource sectors, bringing 2011 year-to-date gains to 5%.

Why is the U.S. market being helped by the consumer? The U.S. consumer drives approximately 70% of the GDP in this country versus 30% from manufacturing.  When the job market improves and the economy is inching up, people simply spend more.  Discretionary spending by the consumer in the United States has an enormous market impact.

And while we are talking about the consumer, how are corporate earnings expectations looking? In a word, resilient.  Despite the many challenges faced by corporate America, earnings forecasts continue to move higher.  In addition, preannouncement season has been quiet with a slightly better mix of positives to negatives than the long-term average.  Steady expectations are particularly encouraging in light of the disruption in Japan and input cost pressures.

Regulators and banks are working towards a mortgage settlement. The mortgage foreclosure/documentation mess has cast a cloud over the large banks over the past several months.  Regulators continue to favor using bank penalties to fund principal reductions.  Regardless of the details, we would view an eventual settlement as positive by removing the uncertainty and expect progress towards that goal in the coming days and weeks.