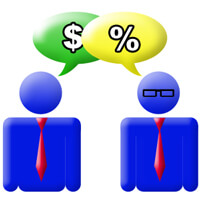 4/4/11:In the markets, as in life, there are no guarantees but everyone is entitled to their opinion. Here’s my opinion on the financial markets today.

1. The bulls are continuing to push stocks higher this morning, reflecting a firming global economic picture and some merger news overseas. Markets will continue to watch events transpire in Japan, Libya and the Middle East, but recent hawkish comments from Fed speakers will keep interest rates in focus as bond investors “handicap” the likelihood of interest rate hikes by year-end. European stocks are marginally higher on merger news, including two deals in the Materials sector, and ahead of a potential interest rate hike by the ECB this week. The Nikkei, which closed near unchanged, is struggling to move higher amid continued nuclear contamination threats. More broadly, Asian indexes approached near three-year highs on gains in Hong Kong. Crude is flat near $108 a barrel, while natural gas is lower on warmer weather forecasts for the Northeast.

2. Looking back at the end of last week, stocks gained Friday on solid jobs and ISM reports. The strong jobs report was the market’s primary focus Friday, with more private jobs created than expected and a slight dip in the unemployment rate to 8.8%. Also important, but secondary in attention, was the ISM data and a higher-but-not-overheated Chinese PMI. All in all, the data painted a picture of an economy that is picking up some steam. In terms of sectors, Industrials and Financials led, with Financials getting a lift from the raised takeover bid for NYSE Euronext from Nasdaq and Intercontinental Exchange. Conversely, semiconductor weakness weighed on Technology, which essentially finished flat. For the week, the S&P 500 gained 1.5%.

The Markets and You Broken Down:
Around our financial planning firm this today, we are focused on these four items that we thought would be of particular interest to our readers:

1. So, what about the federal budget and your stocks? It is unlikely that the budget will be much of a market-mover this week. The current continuing resolution funds the government through April 8th. There has been some progress made with party leaders working on a package of cuts totaling $33 billion (which includes $10 billion already enacted). We expect another temporary resolution in order to give more time to congressional leaders to hammer out differences and agree on the $23 billion (a mere drop in the bucket on a $1.5 trillion deficit) in cuts. The potential for a short government shutdown is largely priced into the markets. A quick resolution of the budget impasse or a longer-term shutdown would surprise the markets.

2. This is a light week for economic data. As is often the case the week following the release of the monthly employment report, this week’s economic calendar is relatively sparse, and the few reports that are due out are not likely to be market-moving. Instead, market participants are likely to continue to mull over the March employment report (released Friday, April 1st) and shift their focus to policy issues at home and overseas. Fiscal and monetary policy are likely to dominate the headlines this week at home and abroad. In addition, market participants will continue to monitor the price of oil, which ended last week close to $108 per barrel.

3. Earnings season is right around the corner! Several reports will trickle in late this week, but a major global manufacturer’s results a week from today mark the unofficial start of earnings season. A resilient global economy, strong ISM data, a quiet and relatively less negative pre-announcement season, and continued positive revisions to earnings estimates all bode well for this earnings season.

4. U.S. stocks, as measured by the S&P 500 index, posted a solid first quarter with a 5.9% gain, delivered on light trading volume. March saw the lightest month for trading since December 1999 as the trend of declining trading volume that began at the start of 2010 has continued. Those wishing for more volume should be careful what they wish for since a rebound in trading volume may come with the return of volatility, rather than the steady gains we have seen since last summer.

Note:Because of regulation, comments have been turned off.