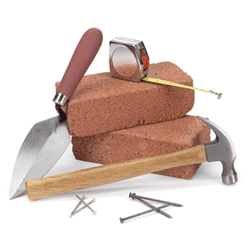 3/16/11: In the markets, as in life, there are no guarantees but everyone is entitled to their opinion. Here’s my opinion on the financial markets today.

The U.S. stock market opened down slightly after a sharp bounce back in Japanese stocks overnight.  The news flow out of Japan continues to spark fears as more reactor fires, threats of additional radiation leaks and risk of breaches of containment vessels have brought much of the Japanese economy to a halt.  Nonetheless, buyers in Japan “stepped in” last night, sending the Nikkei up nearly 6% as many saw the market’s near 20% decline as an over-reaction.  Japan’s rally helped the U.S. market open relatively quietly with only modest losses.  Meanwhile, banks weighed on European markets following Moody’s Portuguese debt downgrade.  Clashes in Bahrain boosted oil prices and fueled a return of safe-haven buying of gold, while speculation of rebuilding demand boosted copper.

Looking back at Tuesday, U.S. stocks pared early losses to end the session down just 1%.  Radiation threats from explosions at nuclear facilities along with disruptions to infrastructure and manufacturing facilities sent the Japanese stock market down about 17% in recent days until buyers emerged last night.  These fears have had ripple effects around the world as investors assess exposure.  While virtually all risk assets were lower Tuesday, resource sectors held up relatively well in part due to Japan’s need for alternative energy sources to nuclear.  Defensive areas of the market provided little defense, as Consumer Staples, Health Care, Telecom and Utilities each lost more than 1% on the day.  Commodities were hit hard, as the CRB Commodity Index fell nearly 4% on Japanese growth concerns and likely liquidity-driven selling.  A small rally post-FOMC announcement lost steam as markets continued to put Japan above all else.

When Japan starts to rebuild, will that be “additive” to growth in the United States? Japan is the world’s third largest economy, and is the United States’ fourth largest export and fourth largest import partner.  Many Japanese companies have operations in the United States, and many U.S. companies have affiliates in Japan.  The impact of the disruptions caused by the quake and its aftermath are already negatively impacting the global supply chain, and has forced some production shutdowns and slowdowns here in the U.S.  As rebuilding begins, U.S. industrial, energy and technology firms and those companies with expertise in infrastructure will likely benefit.  Japan’s closet trading partners – China, South Korea, and Taiwan – are likely beneficiaries as well.  Also because of its vast array of commodities and resources and it proximity to Japan, Australia could be a key beneficiary.

How does all of the money being injected into the Japanese economy affect their deficit? The Bank of Japan has already injected a massive amount of liquidity into the Japanese economy in the wake of the disaster, and the Japanese government has pledged another $2.4 billion to hasten relief efforts, but more is likely.  In short, markets did not expect much in the way of growth in the Japanese economy prior to the catastrophe and have not for many years.  Now, in the short term, growth prospects have been diminished further.  Over the medium term, as the affected infrastructure (roads, ports, electrical grid, railways, homes and buildings) is rebuilt, the economy is likely to get a lift, but the longer-term prospects in Japan remain muted.  The financial costs of rebuilding are only likely to further negatively impact growth and financial flexibility in the years to come.

How long can the Japanese debt levels be sustained, and is it analogous to the European debt situation? Unlike most highly indebted nations, Japan finances the vast majority of its debt internally through its public pension system and through private holdings.  This has allowed them to carry much higher debt-to-GDP ratios than any other country.  The European debt situation is quite different because the dependence upon foreigners to finance the debt of southern European nations has forced action upon the governments of those countries.