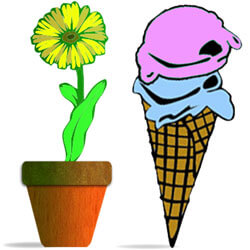 06/13/11: In the markets, as in life, there are no guarantees but everyone is entitled to their opinion. Here’s my opinion on the financial markets today.

Stocks opened higher this morning despite some weakness overseas.  Even with ongoing macro fears, the major averages rode some merger news to a higher beginning.  Markets were able to shrug off Chinese inflation concerns and make some positive headway amid questions regarding the duration and magnitude of the economic soft spot.  Overseas, key European markets are not moving much in mid-day trading, while the Nikkei ended lower by 0.7%.  Meanwhile, Hong Kong shares rose ahead of Tuesday’s key Chinese inflation data.  On the commodities front, oil, natural gas and key metals are lower this morning despite a lower dollar, while agricultural markets are mixed.

Looking back at Friday, the sharp sell-off locked in the sixth straight down week.  The more than 170-point loss for the Dow and 1.4% S&P 500 decline could have been worse had it not been for a report that the Federal Reserve’s capital requirements for systematically important institutions may not be as onerous as feared, which drove some late buying in Financials.  The defensive Utilities held up best among the sectors, though all declined.  Energy led the slide, as U.S. crude dipped more than $2 as the Saudis increased production.  The S&P lost 2.2% for the week and is now down 6.5% since the April 29th highs.

Will there be GDP growth this year or a double-dip recession? Simply put, our opinion is one of modest growth and no double-dip.  While there are some forecasts out there calling for a double-dip, the overall consensus seems to be one of growth in 2011, though not much.

A busy week for economic data. Fresh data on manufacturing and housing for June highlight this week’s busy economic data calendar in the United States as markets try to assess the duration and severity of the economic soft spot.  Fiscal and monetary policy intersect this week as Federal Reserve Chairman Bernake delivers a speech on fiscal sustainability and both chambers of Congress return to work on the debt ceiling issue.

European Union finance ministers will meet a week from today to discuss the latest aid package to Greece. Germany, which favors concessions from bondholders, remains at odds with the ECB, which is insisting on additional austerity measures and asset sales to avoid default.  Yield spreads on peripheral European nations government bonds to German bunds have widened in sympathy, increasing borrowing costs for this week’s bond auctions.

Treasury yields fell by 2 to 4 basis points across the curve on Friday, led by risk aversion as equity and commodities markets declined. Treasuries have benefited from revised lower growth prospects as the benchmark 10-year note continues to hover around 3%.  The high-yield bond market has trailed during the flight-to-quality rally and posted negative returns on 14 on the last 16 trading days, according to Barclays Index data.