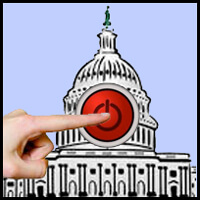 4/06/11: In the markets, as in life, there are no guarantees but everyone is entitled to their opinion. Here’s my opinion on the financial markets today.

U.S. and Chinese optimism is driving stocks and commodities higher this morning.  Favorable news on the American economy, increased M&A activity and an upcoming earnings season are encouraging buying (or more accurately discouraging selling).  With the exception of Japan, major foreign markets rose overnight.  China’s Shanghai Composite is higher after its central bank celebrated a local holiday with a rate hike, spiking speculation that the end of China’s tightening cycle may be near.  On the commodities front, crude is holding firm at $108 in the face of China’s tightening move.  Gold rallied to a new record high over $1,460 and silver (which has doubled since September), reached a new 31-year high.

Looking back at Tuesday, the markets ended flat after stocks pared gains following the release of the FOMC minutes.  The broad averages ended virtually unchanged as the FOMC minutes increased the market’s already heightened concerns about what the end of QE2 may mean for financial markets.  Early strength was driven by merger news, which offset China’s rate hike and more negative European headlines.  News of a $6.5 billion acquisition in the semiconductor industry helped Tech early on, but gains fizzled later in the session and the sector ended flat.  Commodities were strong enough Tuesday to power the Materials sector to the top of the sector rankings with a more than 1% advance, led by gold mining and steel stocks.

And, speaking of a government shutdown, the debt ceiling issue lingers and is likely to garner increasing attention. The range of potential outcomes for the debt ceiling is wide.  Of course, an extreme outcome could be default on U.S. government debt, as the Treasury Secretary has warned, and would be a disaster for markets.  Alternatively, one potential outcome that could be welcomed by the markets is the passage of a bill with bi-partisan sponsorship (Corker-McCaskill Act) that caps federal government spending at 20-25% of GDP with no allowance for raising taxes and automatically forces cuts to discretionary and entitlement programs if Congress failed to meet the cap.  This outcome could be good news for bonds and stocks and could strengthen the dollar.

Minutes of the Fed’s March 15th minutes revealed contentious debate on several issues. The minutes of the meeting were released yesterday afternoon and revealed differing opinions on commodity prices, the overall health of the economy and the direction of future policy.  It appears that the hurdle for ending QE2 early remains high, but that the hurdle to start QE3 when QE2 ends is even higher.  The Fed will release its Beige Book qualitative assessment of economic activity in each of the 12 Federal Reserve districts on April 13th, and the next FOMC meeting is April 27th.  Some “signal” on direction is increasingly likely at the June meeting given the improving job market and rising inflation expectations.