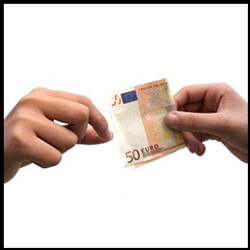 1/11/11: In the markets, as in life, there are no guarantees but everyone is entitled to their opinion. Here’s my opinion on the financial markets today.

U.S. stocks opened higher this morning after Japan announced plans to purchase European sovereign debt.  Concerns over the bond offerings in peripheral Europe have been a primary force behind the S&P 500’s three-day losing streak.  Both European and Asian markets are broadly higher this morning on Japan’s announcement.  Closer to home, economic optimism and expectations for further inventory draw downs pushed crude over $90 despite expectations that Alaskan pipeline operations would resume shortly.  Agricultural and metal prices are also solidly higher this morning.

Yesterday, the averages ended Monday’s session slightly lower as merger news and earnings optimism failed to overcome European debt concerns.  Overall, the market’s attention this week will be broadly divided between: (1) results of the fourth quarter earnings season, which began last night with Alcoa’s performance, and (2) the upcoming bond offerings in Europe.  The only S&P sectors that were higher yesterday (Consumer Staples, Technology, Materials and Industrials) were barely above breakeven, while Telecom lost the most ground ahead of Verizon’s expected iPhone announcement.  Despite upward pressure on crude prices from the Alaskan pipeline shutdown, the Energy sector also underperformed.

Around the office this morning, we are focused on four major items that we thought would be of particular interest to our readers:

China’s December economic reports continue to point to more tightening by policymakers. The economic data in China has been slowing from the very rapid 12% pace that started 2010.  Real GDP growth in China is expected to be 9.5% year-over-year in the fourth quarter of 2010.  Chinese authorities released money supply and bank loan data for December overnight.  December money supply, which is one of the most reliable and least politically-influenced data points in China, unexpectedly accelerated in December.  More than likely, Chinese policymakers will continue their efforts to cool inflation.

Although weakness persisted in municipal bonds last week, Moody’s issued a special report in their defense. Moody’s stated that municipal issuers, on balance, are well positioned for tight budgets.  Simply put, Moody’s pointed out that the median debt service as a percent of budget expenditures is only about 5-8% for the vast majority of issuers, a very manageable level.

Low defaults continue to benefit the high-yield bond market. Moody’s reported that global defaults declined to 3.1% at year-end 2010.  Moody’s 2011 forecast is for a further decline in such defaults to 1.9%.