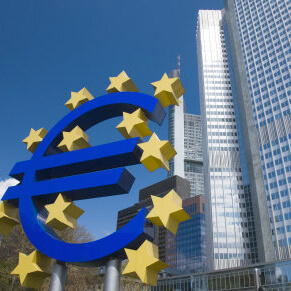 1/12/11: In the markets, as in life, there are no guarantees but everyone is entitled to their opinion. Here’s my opinion on the financial markets today.

The U.S. markets are once again looking to Europe this morning, with the “latest test” being passed with the Portuguese bond auction going well.  Further, talk of an expanded rescue fund is also helping investor sentiment.  More such events in Europe are yet to come, but his morning’s favorable news is pushing equities and commodities solidly higher.  Industrial metals and agricultural commodities are leading the way, while gold and crude are near unchanged.

On Tuesday, the major averages were up following Japan’s announcement that it would be purchasing European sovereign debt.  Although it was in general a slow news day, there was some positive earnings data that added to Tuesday’s higher performance.  The Resources sector led on broadly higher commodity prices.  The Telecom sector was Tuesday’s largest decliner despite the fact that Verizon’s iPhone launch captured considerable headlines.

Around the fi-plan offices this morning, we were discussing two major items that we thought may be of particular interest to our readers:

U.S. Treasury yields are higher this morning on optimism over potential additional aid for peripheral European nations. Portugal today successfully auctioned 1.26 billion euros of government bonds maturing in 2014 and 2020.  The results were encouraging, as the 2020 notes were priced at a lower yield and drew more bids than similar maturity debt last November.  Still, the yield of 6.7% is a high cost to borrow for a nation expecting flat growth over the near term.